This site is about the abstract board game Hex and another game based on it, called Flecks. First, the rules of the classic game are explained, then the limitations of the game are discussed, and finally, Flecks is introduced.

Hex is an abstract board game invented by the Scandinavian mathematician Piet Hein around 1940. The rules are stunningly simple, this game can be learned in less than a minute. 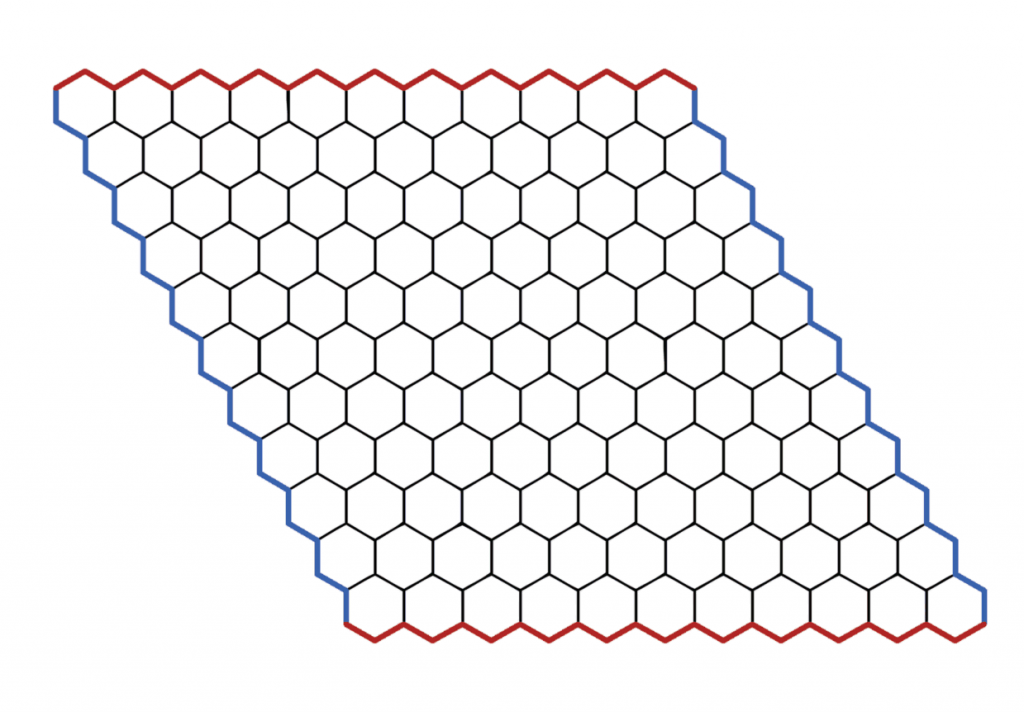 Rules of the game

One player is playing with the red stones, the other with the blue stones. Both players in turn put one of their stones on a empty field on the board.

Goal of the game

The goal is to make a chain with your stones between opposite sides of the board of your color. The red player tries to make a chain between the red sides of the board and the blue player between the blue sides. The chain doesn’t have to be in a a straight line, as long as the chain is closed, that is the stones lie directly next to each other. In the game shown below, blue has won. 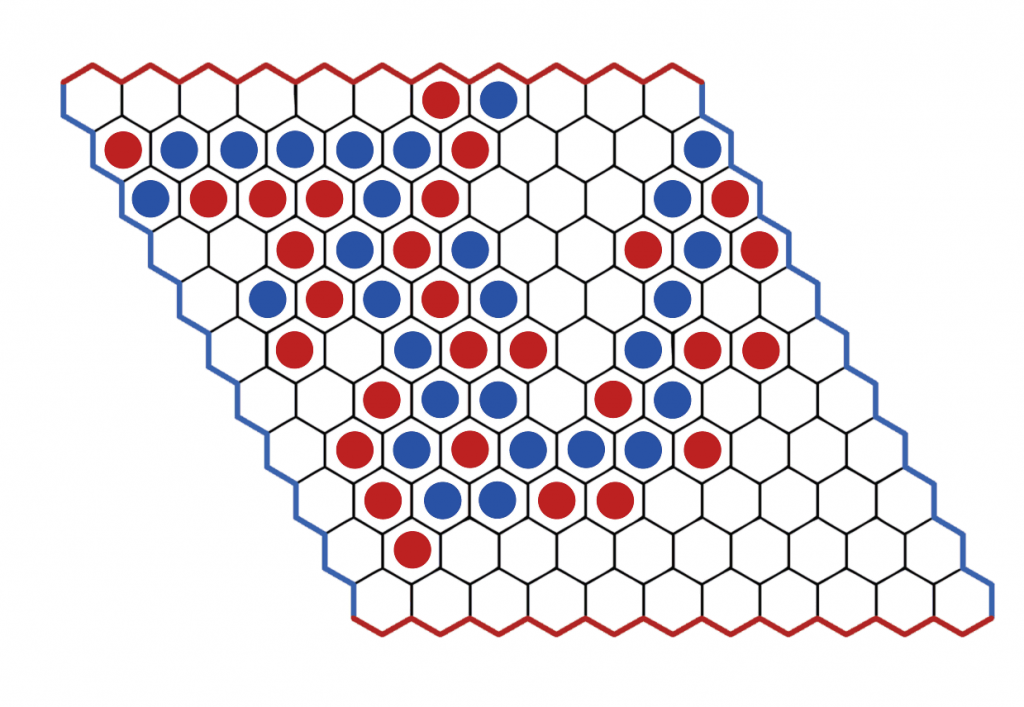 Remarks on the game

Hex can never be a draw. Either red or blue will make a chain. If the red stones form a chain between the red sides, the blue stones can no longer form a chain between the blue sides, and vice versa. Thus, trying to make a chain is the same as preventing a chain of the enemy. Therefore, the best defence equals the best attack. As soon as you have grasped this aspect of the game, you will see the great beauty of the game and you will be a better player.

Thinking Hex is much like thinking Go. Though the aim is to make a chain, it is best to think in areas. Especially at the start of the game, you don’t use stones to make chains, but rather occupy areas on the board, thus taking strategic positions. Most of the time, it’s better to put stones a bit away from the enemy stones, rather than directly besides them.

The best strategy for making a connection can be formulated as (1) determining your strongest chain and (2) strengthening the weakest link in that chain. The best defending strategy can be formulated as (1) determining the strongest chain of the enemy and (2) weakening the weakest link in that chain. As noted above, the best defence equals the best attack, thus both ways of thinking should result in the same best move.