This site is about the abstract board game Hex and another game based on it, called Flecks. First, the rules of the classic game are explained, then the limitations of the game are discussed, and finally, Flecks is introduced.

Flecks is an abstract board game for two players. The goal of the game is, as in Hex, to make a connection between opposite sides of the board. In Flecks, unlike in Hex, stones may be moved during the game.

The board and the stones

Flecks is played on a board made up of hexagons, which itself is a large hexagon. The border of the board is divided into four parts, two opposite sides are marked red, the remaining two are marked blue. (The colors used in the examples are actually more like orange and turqoise, but for convenience we’ll call them red and blue.) The regular board size has seven fields on each border. Advanced players may choose a board of size nine. For learning purposes the game can be played on a size five board. (In the examples on this site, the learning board is used.) 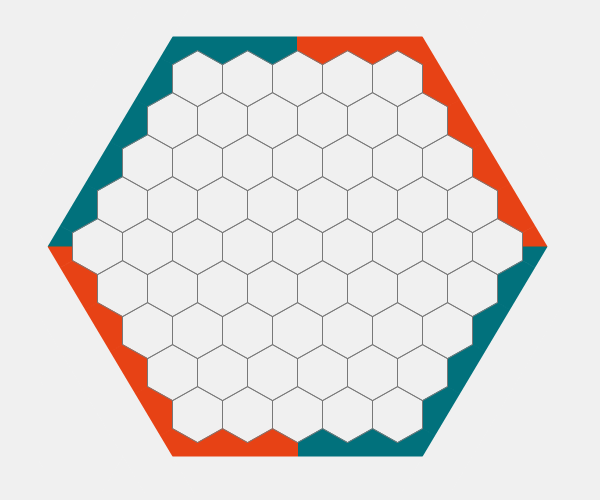 One of the players is using red stones, the other blue.

The basic idea of the game 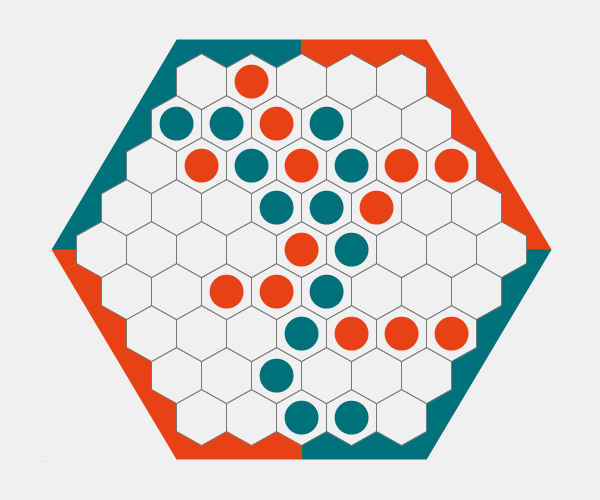 The red player starts. On the first stone this player puts on the board there is a restriction. The first stone of red must be put on the outer ring, that is, next to the border. In this way, the advantage of beginning is counterbalanced.

After the initial phase

In the second phase of the game, the players are allowed to perform two actions in each move: 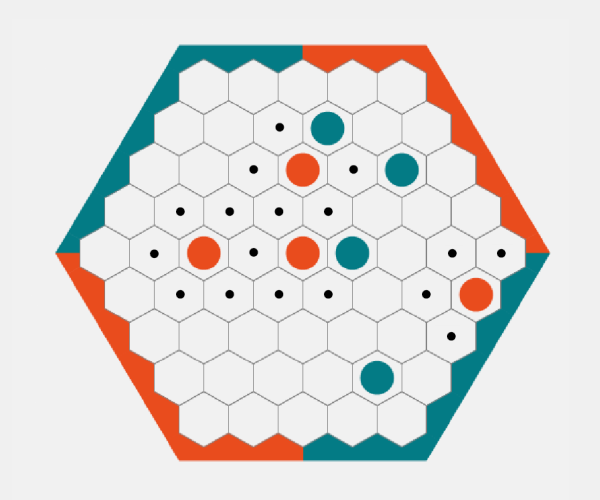 The end of the game

The player creating a closed chain between opposite sides of his color has won. The chain does not have to be a straight line, but it has to be connected.

To avoid confusion, here is a list of illegal moves:

Remarks on the game

One of the charming features of the Flecks, as in Hex, is that it can never result in a draw. When the board is completely filled with stones, one of the players will have completed a winning connection. Any connection with one color will block the connection of the other, and there is just one way of completely blocking the enemy, and that is to make a complete connection yourself. Try to check this fact for yourself. If you have fully grasped it, your understanding of the game will be better.

If an illegal move is pointed out to you (by another player or by the computer), don’t be disappointed. Any player will make that kind of mistakes in the struggle to get through to the game. If you have played a couple of games, the moving will get to feel very naturally.